Trainwreck is a well-known sativa strain mostly made up of sativa, and its name accurately describes the strain’s potency. The Emerald Triangle, which is situated in Northern California and sometimes referred to as the “pot capital of the United States,” is where it all started. It is a cross between Mexican, Thai, and Afghani Sativa landraces, with Afghani indica functioning as the third component of this hybrid. This strain is a hybrid.

Customers interested in obtaining the benefits associated with both Sativa and indica strains of cannabis typically opt for a strain with a significant number of potent qualities typical of both Sativa and indica breeds. This type of strain is referred to as a hybrid strain. As a direct consequence, the strain in question is extremely desired.  If you want this you can buy weed online in Canada.

The unique quality of Trainwreck is that, although it is a Sativa-dominant strain, it has kept enough of its indica genes that it provides consumers with a balanced combination of Sativa and indica effects. This makes Trainwreck one of the most interesting cannabis strains available.

It provides users with the full-body high characteristic of indica strains, enveloping them in a warm, pain-numbing, and fuzzy feeling. This feeling can frequently lead to couchlock and the desire to go asleep, making it great for individuals who want to cure insomnia.

Aches and pains that do not go away, and having a peaceful and revitalising sleep. However, like the effects of Sativa strains, it induces a strong sense of euphoria in the user’s brain and lifts their mood to a higher level.

This strain is unquestionably psychedelic because it will cause you to lose track of time and experience mild psychoactive effects; however, you will not have any trippy out-of-body experience while under the influence of it. Trainwreck is a particularly well-suited strain for medical use because its indica and Sativa effects, which complement one another, help to relax the body and the mind.

Even though paranoia and dizziness are potential side effects of smoking this strain, patients have reported that it has helped them manage a wide variety of illnesses, including post-traumatic stress disorder (PTSD), inflammation, migraines, pain, arthritis, ADD/ADHD, joint stiffness/muscle aches, stress, and depression.

The ratio of sativa to indica in Trainwreck is 80:20. Still, some people believe that in its “true” form, the balance could reach a higher imbalance of 90:10. Trainwreck is one of the most powerful and potent strains that are currently available on the market, with an average THC content level ranging from 18% to 25%.

This strain is advised for days off and weekends because of its great potency and effects that induce sleep. However, you can also use it after a long and stressful day to relax and unwind in preparation for bed. Good night, and may you have pleasant dreams, puff puff!

While several strains are available with a citrusy aroma, such as Red Lemon Congo or Lemon Kush, Trainwreck stands out as particularly recognisable. You can differentiate it from the other options. It has a citrusy perfume that becomes more prominent as it ripens and a sour and zesty flavour of lemon-lime that is covered with a layer of menthol. The aroma of it is citrusy, and it grows stronger as it ripens.

This energising combination of sweet and acidic flavours is complemented by herbal, spicy — almost peppery — and piney wood tones. This flavour profile is sure to please. The buds of Trainwreck are covered in a thick layer of trichomes rich in THC. These trichomes are responsible for the frosty appearance of the strain as well as its lighter green colours. It also has pistils that are a coppery orange curl inward and frequently has fragments of light grey flecked throughout it, and if you want to put benefit from this you can buy cannabis online in Canada.

Not Sure about Trainwreck AAAA+ Sativa View more products here

Be the first to review “Trainwreck AAAA+ Sativa” Cancel reply 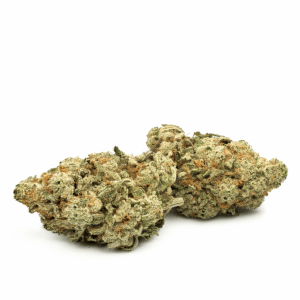 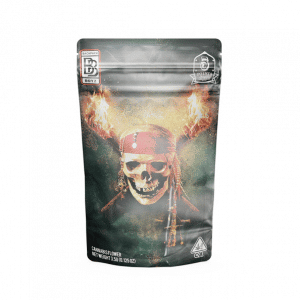 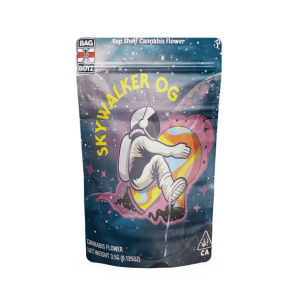 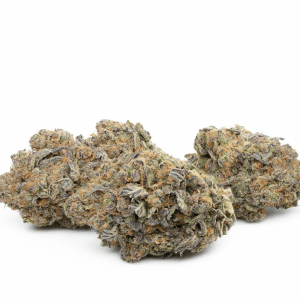 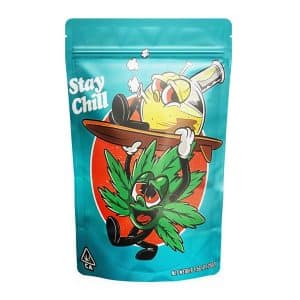 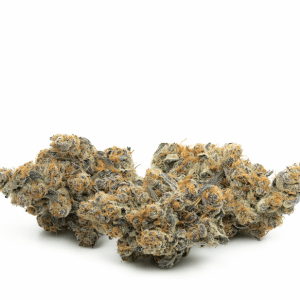 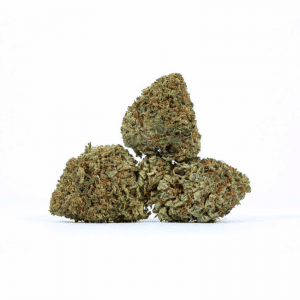 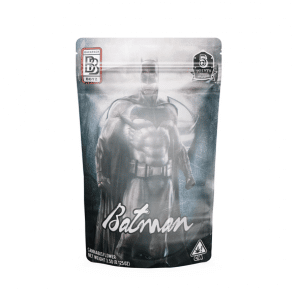