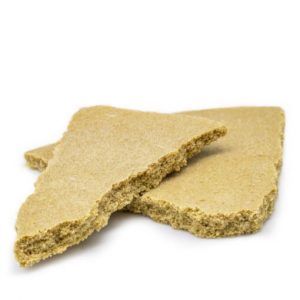 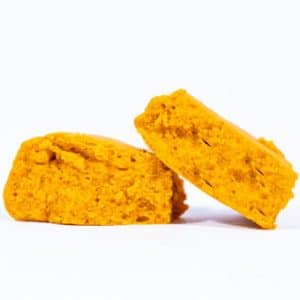 Many people have turned to Budder simply because of its taste and aromatic profiles that this concentrate tends to have. Putting users who love a good and pungent dab in mind, Budder is a great option.

Regardless of its lower average THC content compared to cannabis concentrates, the prominent terpene profile found within Budder makes it more potent even with a very small dosage as it helps relaxation, euphoria, happiness, and mood in users. Good news! You can buy Budder online at Canna Express.

The Medical Benefits of Budder

There are several medical benefits when trying Budder, as many find that it creates strong calming effects that are good for helping to reduce depression, stress, insomnia, and anxiety while also boosting mood. It is also known to treat ADD/ADHD, aches and pains, nausea, and appetite loss, chronic pains. Remember Budder isn’t widely available, especially online, which is why many buy Budder on Canna Express.

Please note that self-application or medication of hybrid weed is not advised; if you're open to using it for treatment, you're advised to seek medical counsel. A doctor will be in the best position to prescribe the right strain for your ailments.

The Difference Between Budder and Cannabis flower

Budder boasts THC levels of around 70%, which `is much more potent than Cannabis flower, 20%. The average cannabis flower contains about 20% THC; numbers as high as 30% are considered a luxury. Clearly, Budder is much more potent when compared with marijuana flowers. On the other hand, Budder may be one of the easiest concentrates on handling, but smoking flowers is still easier to do than dabbing. Being easier doesn’t mean it’s more effective; Dabbing takes more effort, but you will get the full cannabinoid content, unlike smoking a bowl in which you will only have a small percentage. Budder is one of the most pungent of the concentrates regarding terpenes, but the flower will still be stinkier. Cannabis flowers will always have a terpene smell, more obviously like the terpenes, it contains, while high-quality Budder boasts clear tastes and scent.

You can buy high-quality Budder today at Canna Express

The Difference Between Budder and Crumble

Crumble wax is dry and crumbly, but Budder is moist. Aside from that, they share very similar properties in potency and aromas. In addition, Budder stays on the dab tool and is collected better than crumble, which makes Budder easier than Crumble. Both have varying shades of golden honey colors, some being darker or lighter than others. The color of your concentrates depends on how the manufacturer crafted the wax; it does not provide any indication of quality. In terms of Aroma, both forms of concentrate will have pungent aromas, but the exact smells will be dependent on the specific terpenes found inside. Try getting Budder online in Canada if you need any of them.

The Difference Between Budder and Shatter

Another form of weed wax, Shatter, is much harder and clearer than Budder. In a bid to achieve this transparent profile. Shatter goes through a more comprehensive extraction and purification method. Shatter normally has a higher concentration of THC, but less of the terpenes and flavor due to the extensive filtering, unlike Budder. Differences in THC results in almost clear color, usually with a slight golden hue. Shatter has a fragile, glass-like profile that tends to shatter when manipulated, making it slightly difficult to handle on dab tools, especially compared to creamier concentrates like Budder. Handling shatter may be too tough if you're a newbie to cannabis concentrates. Therefore, Buying Budder today at Canna Expresswould be a much easier and better option.

How Budder Is Made?

Budder is made using an extraction process that mixes cannabis with solvents and purges the THC with extreme heat and air pressure to remove the solvent. The remaining oils after the plant material have been destroyed by the solvent must be purged of that solvent to ensure a clean, pure extract. The Budder is whipped during the purging process to achieve a fluffier consistency. Concentrates like wax or sauce will be mixed during this step, while Shatter will be left untouched. It is strongly advisable to avoid attempting to make these at home or anywhere because the process of crafting concentrates is extremely dangerous, requiring the use of flammable, explosive chemicals. It is recommended to allow professionals in appropriate lab settings to do this process.

How to Consume Budder

Most people believe the best way to smoke Budder is by dabbing because these methods result in more pronounced flavors. When you buy Budder from a trusted dispensary like Canna Express, you are sure of having a world of adventure as you can decide to smoke it in a joint, bong it, pipe it, vape it, eat it, whatever rocks your boat! To have a fuller flavor profile and potent experience, dabbing concentrates like Budder allows full vaporization of cannabinoids and terpenes. In dabbing Budder, you will need a dab rig, mini torch, dab tool, and carb cap. Most people choose to heat the banger of the dab rig until it is red hot, place a small amount of Budder onto your dab tool and wait for 30 seconds until the rig cools down. Swirl it around while inhaling after inserting the dab tool. Immediately the dab is off the tool, remove the tool and place the carb cap on top of your banger.

How Should Budder Be Stored?

When you buy  Budder from Canna Express, you must store them properly so they can last for over a year. Many are ignorant about how best to store hybrid weeds. It is recommended to store Budder in an air-tight glass container, a dark and cool location that is out of the reach of children. Excess air and moisture can negatively affect your Budder as it reduces its potency; aromatic concentrate and degrades terpenes and cannabinoids. Proper storage is vital when hoping to hold on to your Budder for a few weeks. Suppose you've stored your Budder for a long period. In that case, it’s advisable to smell and inspect it for any contaminants before taking it again.

Side Effects of Budder

Budder is advisable to be taken in moderation. It is advisable to take it slowly at first, then give it some time before taking more, especially if you have never had one before, because taking too big of a dab at once may result in uncomfortable side effects like headaches, paranoia, dizziness, and a heavy couchlock body buzz. Other effects include dry mouth and red eyes. If you experience these side effects, try drinking water or eating a meal. Sometimes, the body needs a bit of normalcy to get back on track. It is important knowing these side effects are only temporary and can easily be remedied with careful consumption.

Canna Express is Canada’s best online weed dispensary that carries only top-quality Budder. We are committed to meeting users' needs and understanding Budder's importance to users and their need for optimum satisfaction! So instead of trying to venture to a dispensary you've never been to, try buying your favorite concentrates online on Canna Express. With Canna Express, you can have your Budder delivered right to your door in a safe. Go to Canna Express to buy top-quality Budder and you will never regret it!